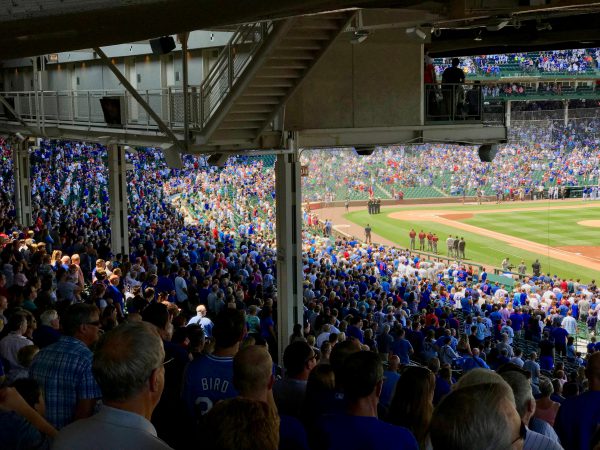 The crowd at Wrigley Field stands during the seventh inning stretch break. Cherubs enjoyed singing along. Photo by Andrew Rowan

While in Chicago, spending an afternoon at Wrigley Field is a must. The combination of freshly cut grass, the smell of hot dogs and the metallic thud of ball on bat create an atmosphere unique to the American pastime. Luckily for cherubs, the fourth week’s field trip was a Chicago Cubs game against the Arizona Diamondbacks.

But as classic as baseball is, if you’re an international student who is unfamiliar with the sport, an American who (shockingly) hasn’t gone to a game before or just someone who doesn’t like baseball, the event can get a little long.

Here’s a list of things to do at Wrigley Field (other than watch the game): 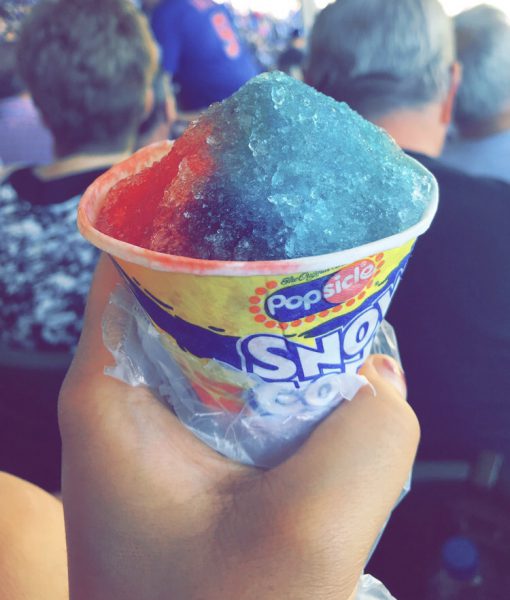 Angela Liu holds a snow cone at the Cubs game. Getting the attention of the vendor was a bit of a struggle, according to Liu. Photo by Angela Liu

Hungry? The stadium has an array of classic American foods: hot dogs, burgers, pizza and pretzels. And of course, peanuts and Cracker Jack. Cherub Dylan Carlson-Sirvent, a Mexican native living in Ohio, couldn’t track down the man with the snow cones, but he did snag a saltier alternative.

“Nachos are the kind of food that you eat only at certain moments,” he said. “If I ate it now, that would be very inappropriate, but at a baseball game, it’s part of the tradition that you have to eat something that makes you feel bad.”

Maya Kempf-Harris of Westminster, Maryland, also bought food while at the game. “The thing that seemed the most outrageously expensive was the water because you’re paying as much for the water as you are for the food,” she said. “Since I don’t go often, I don’t mind spending a little bit more money the few times that I do go.” 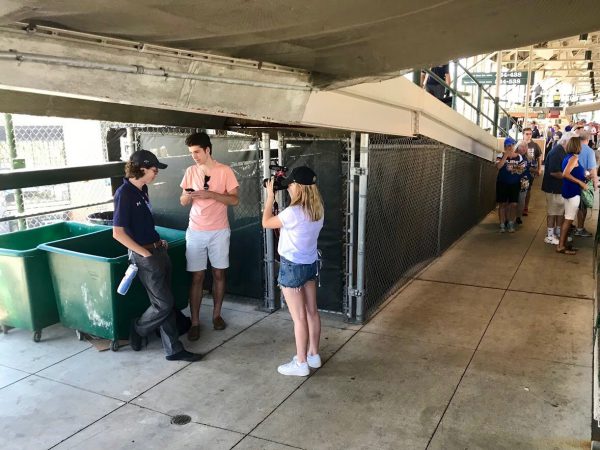 Kaitlin Musante of Los Angeles took a walk around the ballpark with some friends. “There were a lot of excited fans, which is always nice to see because of all the spirit there was and how passionate they were,” she said.

Claire Mason of Foster City, California, got a prime view of the game sans extra charge while walking around.

“A couple friends and I were taking a picture and the play started and people started yelling at us, which was probably fair because we were standing in front of the field,” she said. This was a break in what Mason called “a lot of sitting in place,” but she enjoyed the game nonetheless. 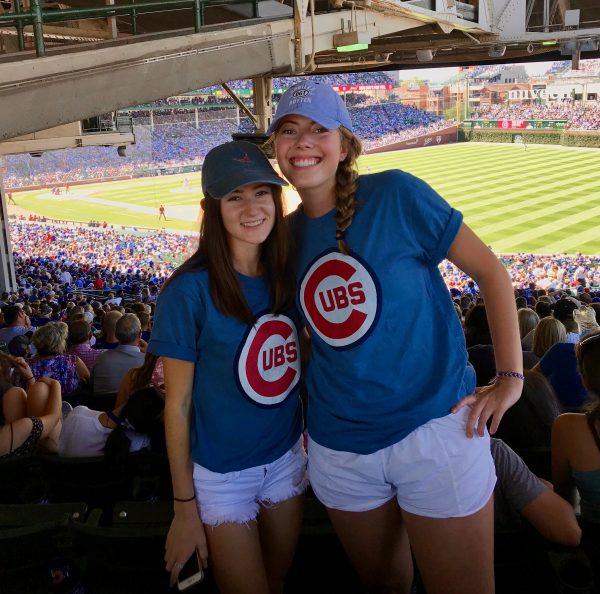 If you haven’t spent all your money on the $6 water, check out the many merchandise shops and stands. They offer Cubs hats, jerseys, T-shirts and other swag. You can go all-out with the iconic blue-and-red “C” cap or show subtle support with an ambiguous bear cub logo hat. Either way, everyone can find a souvenir.

”Both of my parents always get a baseball cap, so I wanted to get one too,” said Megan Forrester of Phoenix. When the game “got a little boring,” Forrester purchased a bear cub hat instead of the other merchandise. “I like how it’s minimalist, but you still know it’s the Cubs,” she said.

If all else fails, take a moment to enjoy the scene. Even though the game may bore you, you are, after all, surrounded by your cherubs. For Quan Pham of Hanoi, Vietnam, that meant asking fellow cherubs what a strike is, or why each inning is divided into a top and bottom. Pham’s favorite part was singing “Take Me Out to the Ballgame” with the rest of the crowd. His second chance at a sing-along, this time to “Go Cubs Go,” was lost when he decided to leave early. 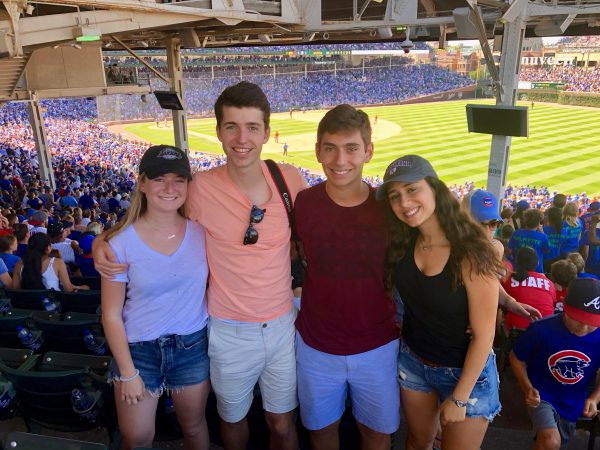 “I kind of regret it because everyone was singing at the end and I really like when people stand up and sing spontaneously,” he said. Even though he missed out on some tunes, Pham said he still had a good day. “It doesn’t matter what you’re watching,” he said. “What really matters is who you’re watching it with. I was watching it with the people who made this the best summer of my life.”