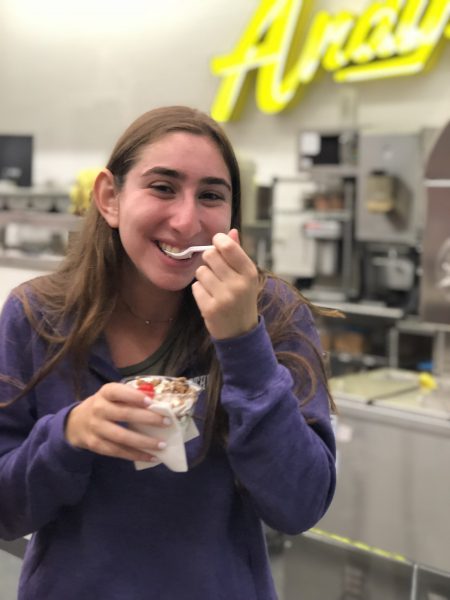 Evanston has a wide variety of frozen dessert options, which cherubs happily take advantage of during their time at Northwestern. When asked about their favorite, Andy’s Frozen Custard was the champ, with 42 out of 59 cherubs saying it was the best. 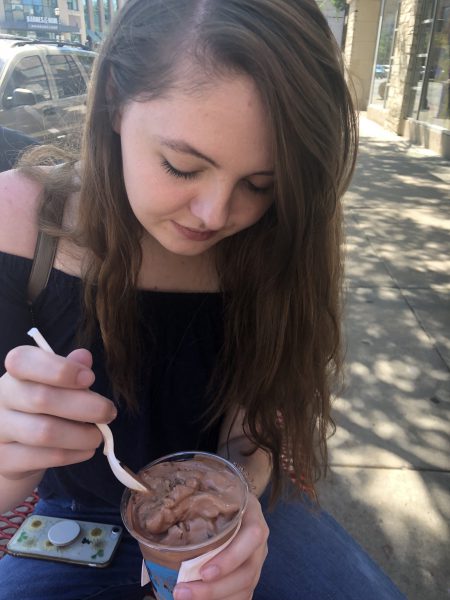 There’s no doubt that Andy’s is a cherub staple. The creamy custard concrete mix-ins, cones and sundaes are treats that draw crowds every night of the week. By the end of the program, cherubs often rattle off their order without thinking twice.

“The song ‘Want it That Way’ is actually about Andy’s. There’s a love-hate relationship between wanting Andy’s and wanting to be healthy.”
— Grayson Welo, Weston, Massachusetts

“So, I’ve never really had frozen custard before, but I really enjoy how freeing it is. The texture is so smooth and so incredible. I’m so sad to be leaving because we don’t have an Andy’s where I live. I know I’ll be craving that texture for a long time.”
— Emily Lu, Austin, Texas

Cold Stone is a popular ice cream chain known for mixing whichever toppings you want into the flavor of your choice. It is not far from Andy’s and is a convenient alternative.

“It’s been my favorite ice cream place since I was 4. And it being here in Evanston makes it even better because it helps when I’m homesick. My friends like to go to Andy’s but I walk over to Cold Stone and get my order.”
— Kacee Haslett, Indianapolis, Indiana 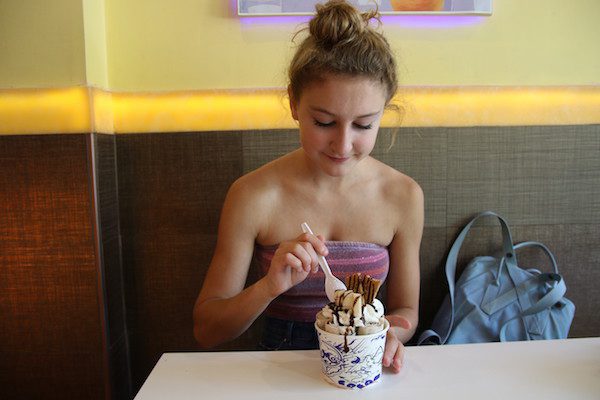 Brooke Deasy eats a scoop of her rolled ice cream from Kung Fu Tea. This chocolate banana ice cream with whipped cream is called The Bumblebee. Photo by Kirsten Huh

Kung Fu Tea is famous among college students for its boba, or bubble, teas. But, the Kung Fu Tea near Northwestern’s campus also offers rolled ice cream, which is milk poured onto an ice grill that is then mixed with different fruits and candies before being rolled up.

“I never had rolled ice cream before and so then when people told me about it, I wanted to check it out. And it was actually pretty good.”
— Dylan Carlson-Sirvent, Upper Arlington, Ohio

Some cherubs craved frozen yogurt during their time in Evanston. But, getting it has proved more difficult than they anticipated. The yogurt shop has odd hours which frustrated some prospective cherub customers.

“I’ve been five times, but I haven’t been able to get yogurt. They’re open until 9 p.m. and I’ve been before 9 p.m. and they’ve been closed every time … I went in Chicago and it was so good, but I went in Evanston, which is considered the food capital of the North Shore, and I was thoroughly disappointed with Evanston’s management.”
— Anna McNulty, New York, New York

If cherubs want to get gelato in Evanston they have to be willing to walk a little farther than Andy’s. This makes it a lesser visited option, although the trip is worth it. The gelato is rich, with many unique flavors such as avocado or raspberry mascarpone. Frío Gelato also offers cones and gelato cookie sandwiches.

“I thought they had an awesome selection of different flavors and they really had something for everyone. I really liked how they had two options for cones — chocolate and vanilla — which I hadn’t seen before. However, the portions were a little too big for my liking and it was quite the trek over there.”
— Halsey Smith, Grand Rapids, Michigan