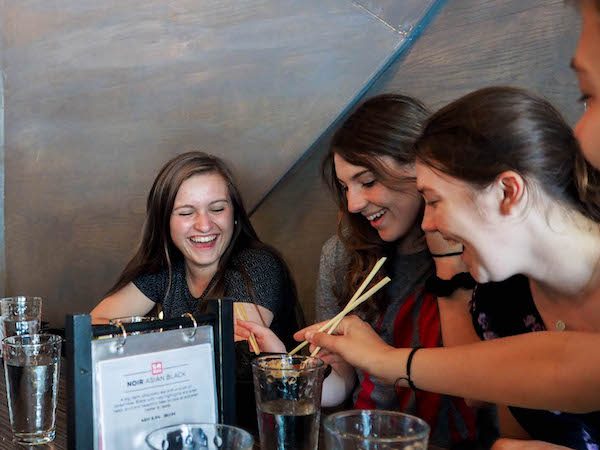 When the 84 cherubs arrived on the Northwestern campus July 1, most did not know each other. They headed to Allison Dining Hall where they got to know each other better. They soon tired of dormitory food and organized off-campus outings.

“Allison gets really crowded, and sometimes you can’t sit at a big table with everyone,” said Rachel Carlson of Los Angeles. “It’s hard to talk to people and have an actual conversation.” 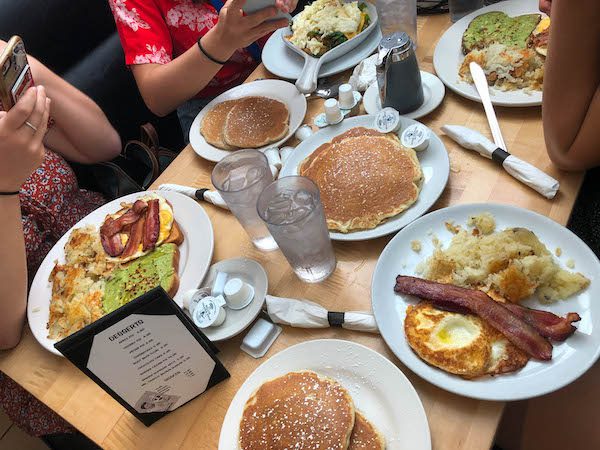 Medill cherubs eat out for their weekly “brunch bunch” at Clarke’s. Photo by Halsey Smith

On the second Sunday of the program, Quan Pham of Hanoi, Vietnam, organized a “Brunch Bunch” to get to know more of his fellow cherubs.

Though the group’s nickname quickly became a meme, Pham said going out for food was the best way for the cherubs to get to know each other better. After the first meal, the group went out two more times.

“Food is a good thing for people to bond over,” Pham said. “It’s perhaps one of the easiest things and most common things for people to find a common ground on.”

Groups also went to Clarke’s to celebrate birthdays. Ryann Perlstein, also of Los Angeles, celebrated her 18th during the program, and her friends took her out for brunch.

“It’s the trendy spot for people to go,” Perlstein said. “It’s a really good place to bring a big group of people. There’s a sense of community, and it has a big history in Evanston.” 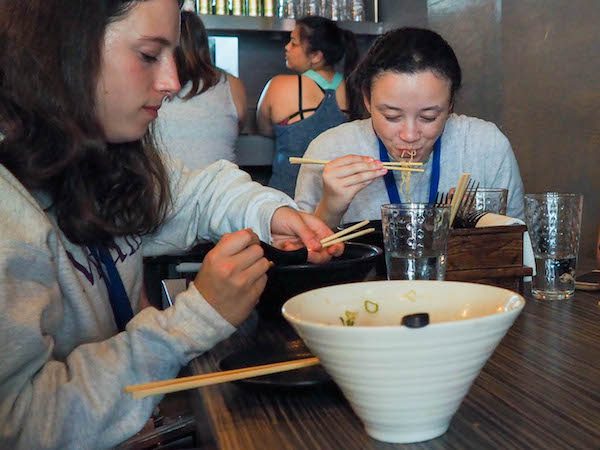 Wanting to get to know more cherubs, Noah Somphone of Fullerton, California, created a group chat with other Asian cherubs to plan shared meals.

The group came to life, and Somphone and others went to Koco Table to share their experiences living in Asian households and to bond over food.

“I knew we had a common interest in Asian food,” Somphone said. “We were ordering off the menu in Korean and we did talk about, ‘Oh, my parents do this’ and just comparing cultures.”

The group trekked to Table for Stix Ramen the following week, with more cherubs joining them. Other groups of cherubs also went there on separate occasions. 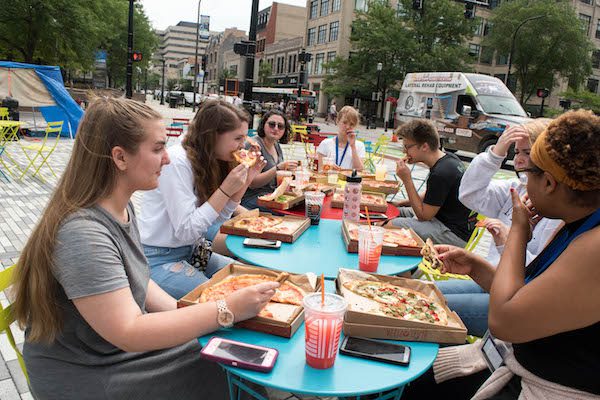 Medill cherubs eat lunch from Blaze with their instructor. Photo by Grace Deng

Back at home, many cherubs catch up with their loved ones at Sunday family dinners. At cherubs, a weekly gathering by the same name helped people get to know each other.

The group went on three dinners. The first two weeks, they ate at Blaze Pizza, and the last week, the group split up to get take-out from different restaurants and then met up at the Lakefill to eat together. Talia Potters of Scarsdale, New York, and Anya Tullman of St. Louis, Missouri, coordinated the first meal.

“At that point, I realized I didn’t know a lot of people in the program, and I really wanted to get to know everyone as soon as possible,” Tullman said. “It was a good way to foster relationships that you might not have made otherwise.”

Carlson said the dinners also allowed people to share more information about themselves and commiserate about the upcoming week.

“People here are really curious about other people’s lives, so the conversation was always moving,” Carlson said.