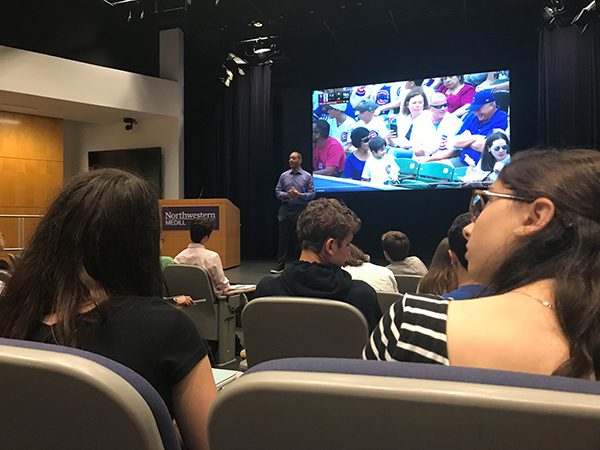 Northwestern sports journalism director J.A. Adande speaks to cherubs about the future of sports journalism. Adande’s presentation included skills students should master to be successful in the field as well as a forecast of how sports journalism will change in the coming years. Photo by Andrew Rowan

Drew Schott of Greenwich, Connecticut didn’t have sports journalism on his mind when he applied for cherubs. Schott, who said he wanted to cover breaking news when he applied, wanted a program that would push him and teach him skills in coding, audio and multimedia.

Schott had been a sports fan since age 3, supporting the Patriots, Nets and Yankees. But he said he never realized that sportswriting should include more than scores and stats until cherubs.

With the rest of the cherubs, Schott had the opportunity to explore sports journalism in and out of the classroom. One of the opportunities was a lecture with ESPN writer and Professor J.A. Adande. Medill’s director of sports journalism and a former sports columnist at the Los Angeles Times, Adande gave a lecture that helped cherubs consider potential careers in sportswriting and prepare for the challenges.

Rohan Fernandez of Cupertino, California, was a sports editor for his school paper. He said he continues to grapple with the idea of specializing in sports writing, and said he got valuable advice from Adande.

“It’s never too early,” Fernandez said. “Nowadays, it’s important to be a specialist in the field. The more specialized things you can do, the more likely you are to get hired.”

Carlos Stinson-Maas of Tempe, Arizona, said he overcame the shock of seeing a TV personality he had watched for five years on ESPN’s Around the Horn to take in Adande’s lessons.

“He always had interesting opinions and analysis,” Stinson-Maas said. “His perspective on media landscape was interesting.” 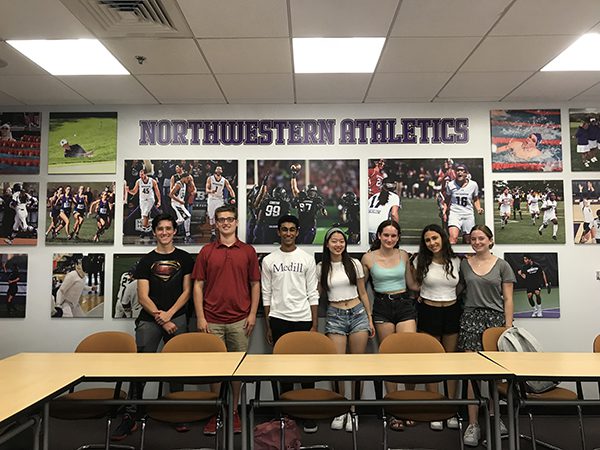 In addition to a trip to a Chicago Cubs game for all the cherubs, smaller groups of cherubs went on trips and attended seminars relating to sports, including a session with the Northwestern Athletics Communications Department team.

During the tour, students visited Ryan Field, the home of Northwestern’s football team and met Preston Michelson, an assistant director of sports communications. Michelson answered questions and took students to the press box and on the field.

“He really liked how different it is each day,” Stinson-Maas said. “Your jobs are different depending on the season. The sports PR and communications field is something that’s way more interesting to me now just from that one tour.”

“There’s this whole other side that’s not the type of journalism that we typically envision,” Schwartz said. “I might want to explore more design.” 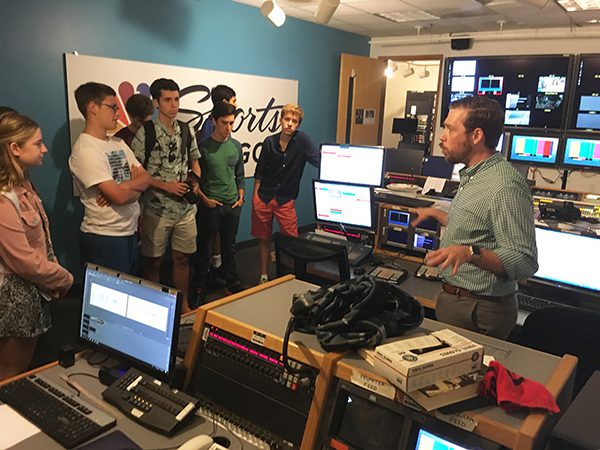 Even some field trips and smaller lectures had a sports-related component. One group of cherubs explored the offices of NBC Sports Chicago.

“It just seems like a place you could truly enjoy the work you’re doing if you love sports,” Zach Newman of Bayside, Wisconsin, said. “I never considered working at a sports station, but after seeing NBC Sports Chicago, I would.”

Others attended a lecture with Medill alumnus and 1981 cherub Jonathan Eig, who discussed his book “Ali: A Life.”

“He used his skills in journalism to write books about various sports figures,” Schott said. “That showed me that the two can be intersected, not just in articles but in book writing. It’s research. It’s looking at trends. It’s talking to the people who are close to the athletes.”