“Are you done, Jasmine? Time’s up,” my freshman year English teacher said as he reached out to collect my reflection on Act 2 of “Hamlet.” I glanced at my blue spiral notebook and tore out the assignment. I had spent 20 minutes perfecting just three sentences.

For as long as I can remember, I have been a rigid perfectionist. And while I have loosened up since freshman year (I no longer color code my notes), I still set ridiculously high goals for myself, spend hours writing and rewriting essays and worry about the smallest details in my work.

When drafting the first few assignments at cherubs, I stopped after each sentence to read, reread and edit again. I was determined to impress my instructor and prove myself as a writer. They told us there is no such thing as a good first draft, but I still winced in discomfort every time I turned in a story.

My peers, on the other hand, seemed to complete each article with ease. Many wrote stories in under an hour, easily crafting the perfect lede. When they read their work aloud, I felt intimidated by the flow of their words. I convinced myself that my work lacked the same strength, and I hid my articles in folders and drawers. I started to think the quick turnarounds and ever-looming deadlines in journalism were not for me. 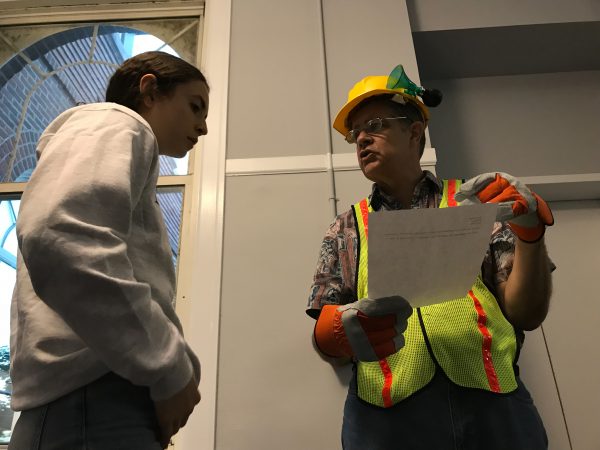 But then I heard from former cherubs with experiences similar to mine.

Kendall Ciesemier, opinion producer at Mic, said the stories she wrote at cherubs were “trash.”

Bret Begun, features editor at Bloomberg Businessweek, read aloud his first cherubs article. After one sentence, the audience doubled over with laughter; his lede was riddled with mistakes.

I asked Begun how he improved his journalistic writing.

“I practiced,” he said. “I just did it over and over again.”

Over the past five weeks, cherubs has challenged me to write more articles than I have in my entire high school career. With fast deadlines and little free time, I became less fixated on composing a perfect first draft and finally understood the importance of rewriting.

Cherubs didn’t cure me of my perfectionist ways; I will most likely still spend countless hours combing through my essays in the fall. But it taught me how to look at my work objectively and take criticism in a productive way. I could not be more thankful. (Confession: I reread that last line 10 times and obsessed over whether it was too cheesy. But I decided to keep it, because it’s true.)