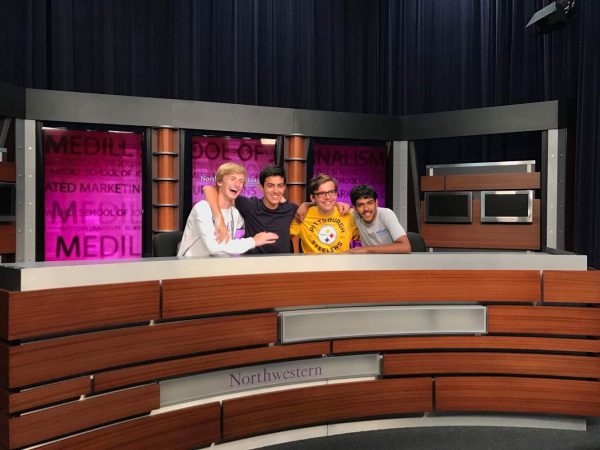 Cherubs sitting at the anchor desk.

Though the cherub curriculum has a strong focus on writing and reporting, a series of four broadcast labs gave students the chance to shoot and edit video, write a broadcast script and report on-air for a live shot. 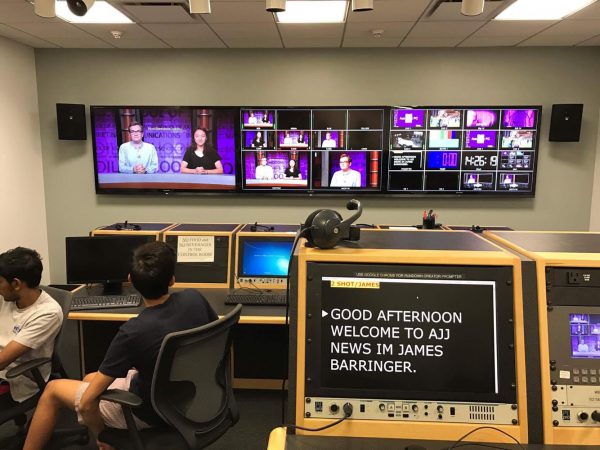 Cherubs at work in the McCormick broadcast room.

Sarahmaria Gomez, assistant director and a 13-year veteran of the program, led the broadcast labs.

“When you’re a producer, you learn how a story can be told in the way you produce video,” Gomez said. “You gain respect for telling stories in an ethical way.”

Gomez said that now that everyone has a smartphone, anyone can shoot quality video. With new and upcoming technology, a lot of opportunities are open for students interested in broadcast. But it’s important to try out all of the roles in broadcast.

“Understanding what it takes to produce a show will make you a more empathetic journalist,” Gomez said.

It’s important for broadcast journalists to understand what is going on behind the scenes. 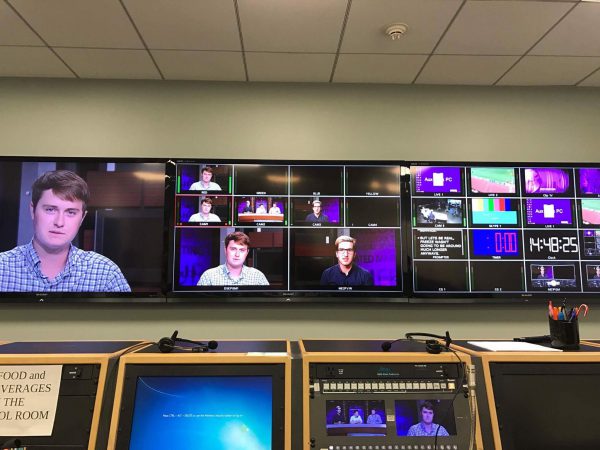 Viewer engagement is increasingly important, especially with the rise of mobile and social video consumption. Carlin McCarthy, a first-year cherub instructor, said that new stations are re-evaluating what they want their broadcasts to look like. Journalists must have social media accounts and make videos especially for phones, where many people now watch the news.

“You have to meet the audience where they are,” said McCarthy.

Joan Gwak, a cherub from Seoul, South Korea, was interested in broadcast prior to coming to cherubs and fell in love with producing content in the broadcast labs.

“I’ve learned that everything has to be done in one shot,” said Gwak. “You have to be prepared to wear a ‘theater hat’ and you have to put your best foot forward.”