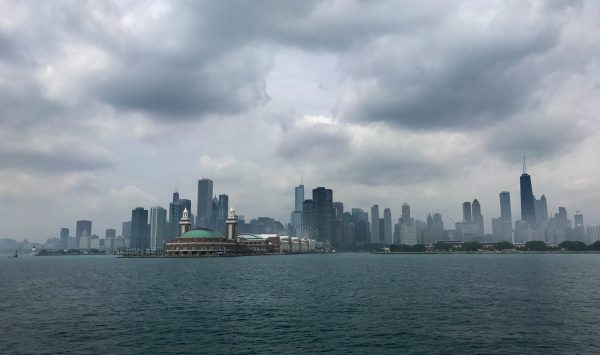 Many cherubs saw the Chicago skyline for the first time on the boat trip. Photo by Eli Karp

This year’s cherubs came from 23 states and three countries. Some live in towns with populations as small as a few thousand, while others hail from cities of nearly 12 million.

No matter the size of their hometowns, the program pushed cherubs out of their comfort zones.

The city of Chicago has a population of 2.7 million, which can be overwhelming for cherubs from tiny towns in rural America. Evanston, which is home to 75,000 people and Northwestern University, is located just north of Chicago but might still feel small to people who are used to crowded streets and high-rises.

We interviewed cherubs from big and small cities alike to find out how their hometowns stack up to Chicago and Evanston.

What were your first impressions of Chicago and Evanston?

“I’ve honestly never seen so many restaurants in one place. I like the accessibility of it. We can just walk to different stores and restaurants. And getting into Chicago, we can just go on public transportation and you’re there. In a small town, you need a car to get anywhere.” 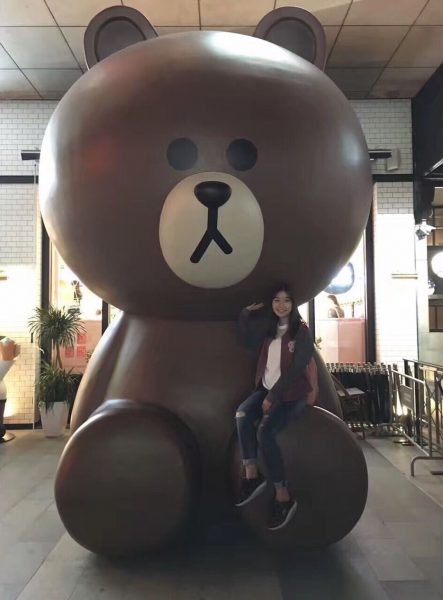 Cherub Claire Luo poses in front of a giant bear in her home city of Shenzhen. Photo courtesy of Claire Luo

“I felt like [Evanston] was a small town. The buildings here are pretty low. It also feels like it’s really a low-speed life and there are not as many people as in Shenzhen. I feel like the environment here is really good. I can always see squirrels everywhere, but I can never see that in my city. Downtown Evanston has many restaurants and you can go shopping there, but it’s still different from lots of shopping malls in my city. I feel like Chicago is more like the city I’m from.” 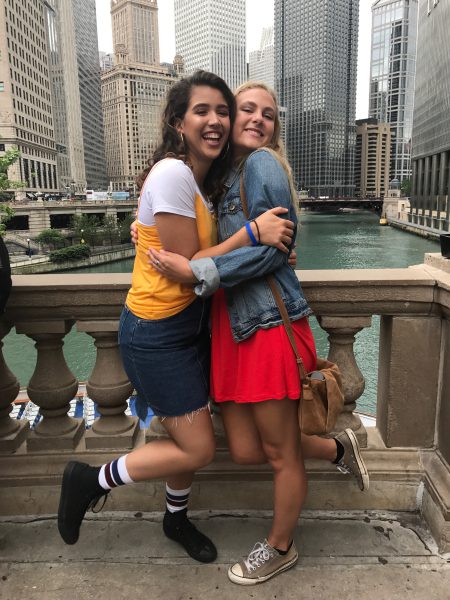 Cherubs Sarah Fernandez and Livi Burdette in front of the Chicago River before the boat trip. Photo courtesy of Livi Burdette

“It’s really pretty. Where I live it is surrounded by beautiful forests and there are lakes everywhere. I miss the scenery and how it is so untouched because where I live, there is not a lot of deforestation.”

“My favorite thing about New York City is how it is grand and giant. Everyone is very on-the-dot and knows how to move fast. Every time I tell someone I’m from there, they seem shocked because it really is a great city.”

Do you prefer Evanston, Chicago or your hometown? Why? 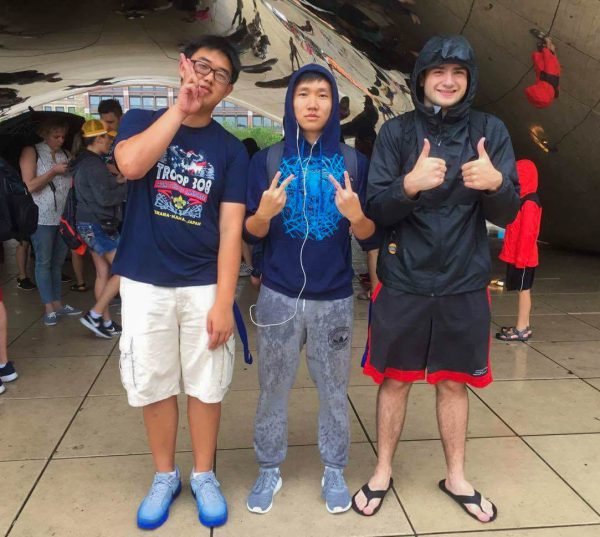 Sam Zukin and his fellow cherubs at The Bean. Photo courtesy of Sam Zukin

“I would prefer my hometown. Our town is the epitome of suburbia, which is nice because I just can’t deal with huge cities. We have a nice downtown and everyone is so involved with our local high school. We all go to the football games and it is just that community feel.”

“Definitely Evanston because people in town seem a lot more friendly, and it is so accessible by foot. Also, Dallas would never have something like the Evanston Fourth of July Parade.”