Scholarship donors specify criteria. For example, the Joan Beck Scholarship supports a student from either Illinois or Iowa, while the Diane Granat Yalowitz Memorial Fund Scholarship usually goes to a cherub from Illinois, New Jersey, New York or the Washington, D.C., area.

Eryn McCallum of Chicago, this year’s recipient of the Joan Beck Scholarship, received half of her tuition from financial aid paid by Northwestern University and the other half from the scholarship. She said she felt relieved to free her parents from the burden of paying full tuition.

“It just took a huge weight off of our shoulders and now I’m just here enjoying the education I’m getting for free,” McCallum said. “I’m not taking this for granted at all.” 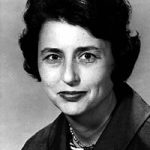 Beck, a 1940 cherub, died in 1998 at age 75. She worked for the Chicago Tribune for 48 years as a columnist, staff writer and section editor, and she also wrote books. She was the first woman to serve on the Tribune’s editorial board.

In addition to financial concerns, Meghan Hayfield of St. James, New York, also had to consider leaving her job as a children’s gymnastics coach for five weeks if accepted into the program. Hayfield and CJ Foronda of Glenview, Illinois, were winners of Diane Granat Yalowitz Memorial Fund Scholarships this year.

“It was so generous for … her family to set up this scholarship to give other people the opportunity that she had,” Hayfield said. “This program definitely changed my life because not only did I meet so many amazing people, but it really gave me the motivation to keep working hard at journalism and I know now that I really do want to pursue it.”

Winners of other named scholarships were: