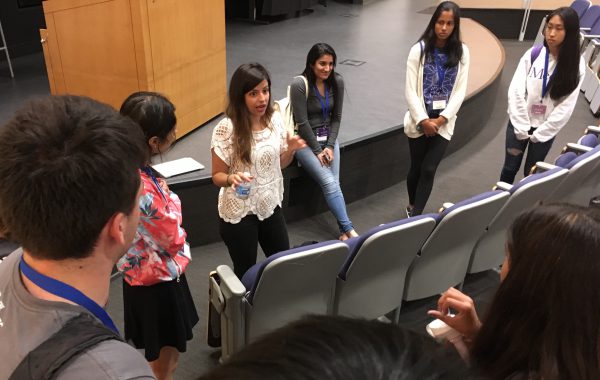 American journalists who report from foreign countries relay significant events to a public often unaware of international affairs. During the program, cherubs heard from two freelance journalists who discussed what they encountered and the human impact of reporting abroad.

When she was living and reporting in Iran, author and journalist Roxana Saberi was imprisoned for 100 days in Tehran’s Evin Prison on charges of espionage. The North Dakota native said she was stressed psychologically during her imprisonment.

“I was put in solitary confinement, and my investigators threatened execution if I didn’t confess,” guest speaker Saberi said.

Saberi remains adamant about how journalists affect other people. They can “influence the affairs of the world,” she said.

Instructor Tania Karas, a 2006 cherub who most recently was based in Beirut and reported on the refugee crisis in Greece from 2015 to 2016, said working abroad held invaluable lessons. Originally from Chicago, she said covering the refugee crisis added depth to her writing and increased her understanding of different people. Karas wanted to bring more awareness of issues plaguing other countries to America, especially if it played a direct role in a country’s struggles.

“We think what is happening in the rest of the world doesn’t matter,” Karas said. “We tend to not connect that the refugee crisis is a direct result of U.S. meddling. I wanted to bring those stories back home and put a human face on them.”

She also told the cherubs that international reporting could benefit them in their careers.

“It’s good to get some international experience because it will give you perspective on what’s happening in this country,” Karas said. “They can make a big difference in their reporting.”

Cherubs who had an interest in reporting internationally became even more passionate after hearing from Saberi and Karas.

Christo Fosse of Park Ridge, Illinois, is interested in travel but acknowledged that it’s easy for Americans to say they would report on dangerous places when they are in their own environments.

“It looks easy when we’re sitting in the comfort of our living room and our locked doors and our full freedoms,” Fosse said.“It’s definitely not for the faint of heart.”

“It’s a frequent theme in American news that people aren’t informed on what’s going on in the world,” she said. “We should make them more informed when they’re making key decisions.” 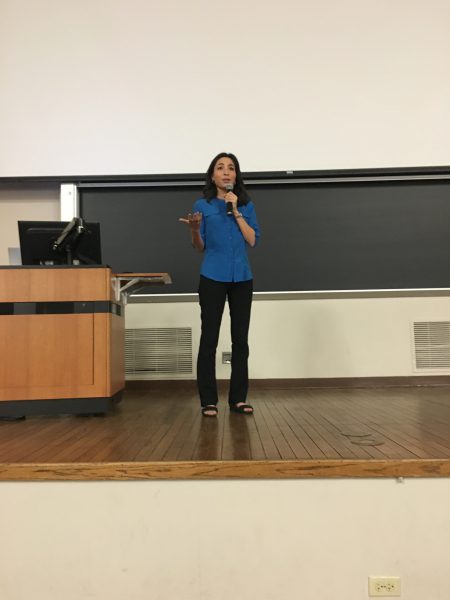 Roxana Saberi tells the story of her capture and imprisonment. Staff photo