During the first week of cherubs, students run through a journalistic gauntlet: writing news articles tenfold, experiencing the grueling process of rotating rewrites and learning about their roommates for a news feature.

There is no denying it: The first week as a cherub is nothing short of brutal.

“I always knew I wanted to be a journalist, and I think the first week of cherubs was the first time I ever doubted that,” said Ananya Panchal of Los Altos, California. “I realized how stressful it is and how much work it is.” 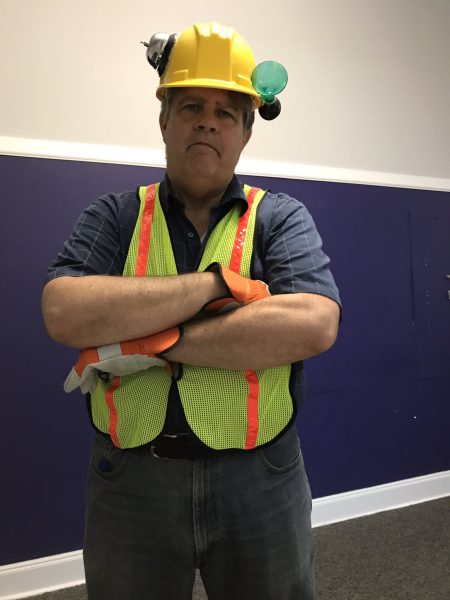 On the third day of the program, cherubs are given sets of facts for three news stories and must construct the perfect ledes — literally. Cherubs write a lede, give it to their instructors, who then give it back with edits for a rewrite. This system repeats until all three ledes are correct.

“It was really frustrating the first few times because they were looking for very specific details and it was hard to discern which details were important,” said Jilly Rolnick of Burlingame, California. “I think I went out 12 times on one of the stories.”

However, the instructors see a benefit to their lessons.

“There was definitely a little bit of a power rush but I think by and large, it was nice to see some learning happening,” instructor Alex Duner said.

In addition, after all the ledes were turned in, even the cherubs had a change of heart.

“As it went on, especially the second time we did rotating rewrites, it got a lot easier and went a lot faster,” Rolnick said. “I actually liked the rotating rewrites. I thought the stories they gave us were pretty funny.”

And between myriad lectures and article assignments, the impossible morphed into the normal, and an intense — but no doubt fun — schedule seemed doable.

“I think the workload hasn’t changed,” Panchal said. “We have changed, and we’ve become more capable of time management, and we’re just a lot better about doing our work and having our priorities straight.”

“Once you get in the flow of things, it gets a lot better,” Julianna Yablans of Los Angeles, California. “And that means when you get used to the amount of work, or you get used to having lectures at 9 a.m. and then having them at 7 p.m., or you get used to doing things with your friends. Everything becomes more routine because you’re surrounded by this for five weeks.”

In hindsight, it is easy to appreciate the brilliance of the cherub program. The challenges one is faced with are immense, but the lessons learned are among the most important for any successful journalist. From deadline management to workload, the lessons are tough, but they must be mastered.

“I was thinking, ‘Oh my god, I don’t know how I’m going to make it through five weeks,'” said Christo Fosse of Park Ridge, Illinois. “But looking back on it, I think it was good that they threw us into the deep end at the beginning because it got us in touch with our journalistic mindset that we kind of lost a little bit going into the summer. It 100 percent gets better.”