I, like 81 other teenagers from around the world, arrived at the Medill-Northwestern Journalism Institute not knowing what to expect.

Even though the days leading up to the program were filled with excitement, feelings of anxiety and uncertainty dominated my cab ride from the airport to East Fairchild that first Sunday afternoon. 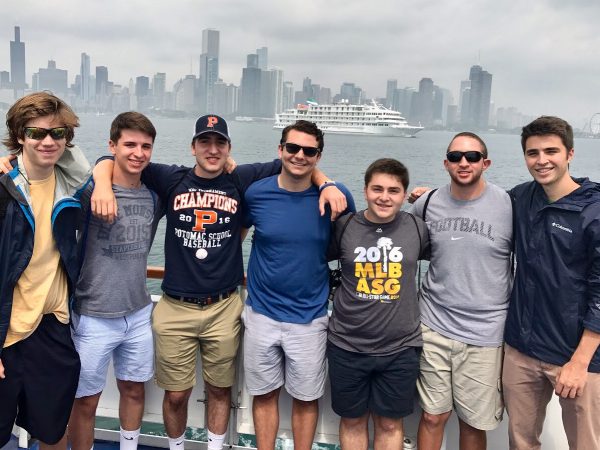 Within minutes of stepping onto campus, I knew I had nothing to worry about. Maybe it was instructor Alex Duner’s graciousness when greeting me at the dorm that got rid of my first-day jitters, or perhaps it was the firm handshakes and warm smiles of cherubs Matt Chilson of Mocksville, North Carolina, and AJ Shaheen of Petaluma, California, that did the trick. Whatever it was, I immediately felt like I belonged.

Before I knew it, a big group of us headed into Evanston for what would be the first of many lunches at Chipotle. On the walk into town, cherub Eli Karp and I played a bit of Jewish geography and connected our seemingly distant worlds of Westchester, New York, and Dallas, Texas.

After that, the Lakefill became the venue for the inaugural — and only — cherub football game of the summer. Despite having just learned each other’s names, Eli and I had a quarterback/wide receiver chemistry that suggested we’d been playing together for years.

As the afternoon progressed and more cherubs continued to arrive on campus, each one became a part of my new life. By dinner time, I couldn’t remember a life without these people I had known for just a couple of hours.

My first day as a cherub ended with a second floor meeting led by our community associate Alex Schwartz. As we went around the common room talking about our hometowns and why we chose to come to cherubs for the summer, I couldn’t help but feel this summer was going to be a special one.

As I lay in bed that first night, reflecting on my eventful first day as a cherub, it was reassuring to know that the next 32 days of my life would be spent with new friends from around the world.