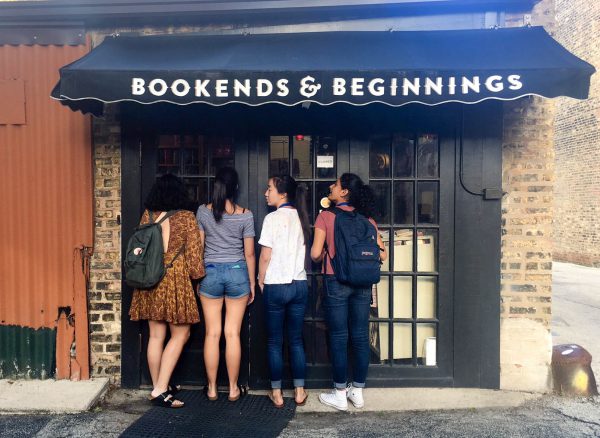 Cherubs look through the windows of Bookends & Beginnings, a local independent bookstore. Photos by Sofie Jones

In downtown Evanston, small businesses sit next to large chain stores. These shops, particularly the independently-owned ones, give visitors a true sense of Evanston and put its quirks and passions on full display. As cherubs grew to know — and love — Evanston this summer, they embraced its businesses and the community they foster.

Bookends & Beginnings, one of Evanston’s few independent bookstores, welcomes customers with shelves upon shelves of new and used books. The store, owned by past cherub instructor Nina Barrett, has a loyal following among Evanston locals and cherubs alike. While walking down Sherman Avenue with a friend, cherub Haley Fuller of New Canaan, Connecticut, stumbled upon the alley where Bookends & Beginnings is nestled away. “I’m kind of a bookstore fanatic,” she said. “When you walk in, it’s really nice and homey. I think it’s very unique.”

Comix Revolution supplies its loyal customers with all things comics. It is filled with comic books, graphic novels and T-shirts displaying Marvel Comics and DC Comics characters. The Davis Street store also holds author events to connect the Evanston community with popular comic artists and publishers. “It was very eclectic,” Sami Wanderer of Yorktown, Virginia, said of the store’s atmosphere. “There were all different types of comics. It’s one of the only comic stores in Evanston so it gives people who aren’t into mainstream books a place to go.” 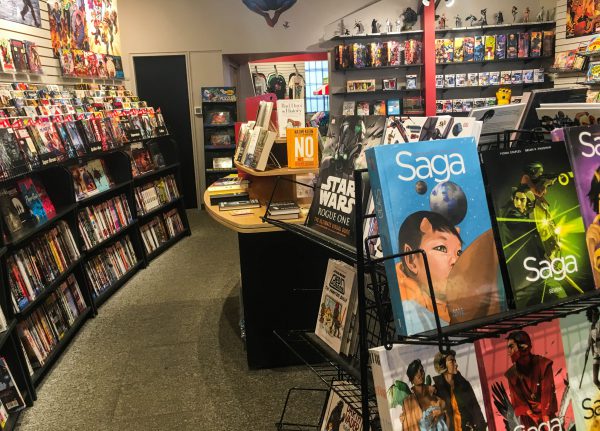 As Evanston’s hub for reusable fashion, Crossroads quickly became a cherub favorite. It sells mostly secondhand clothing and accessories for men and women but also stocks some new pieces. Many cherubs have shopped at the Sherman Avenue store, one of the franchise’s roughly 30 locations nationwide, while on the hunt for a dress for cherub prom or a new pair of sunglasses to wear at the beach. “I’d heard about it from other cherubs,” Victoria Lei of Omaha, Nebraska, said. “I thought it was really cool. The clothes were really nice and also really unique. It was like a typical thrift store but a lot cleaner and more organized.”

Colorful bouquets and leafy potted plants fill the windows of Saville Flowers on Sherman Avenue. Cherubs head to the downtown florist’s shop to pick up a few flowers or just browse the displays. “I was walking by and I saw the most perfect sunflower I’ve ever seen, and I’ve seen a lot of sunflowers,” Ananya Panchal of Los Altos, California, said. “It was really, really pretty and the people there are really, really sweet. It’s nice to have a local flower shop where you can get to know the owners.” 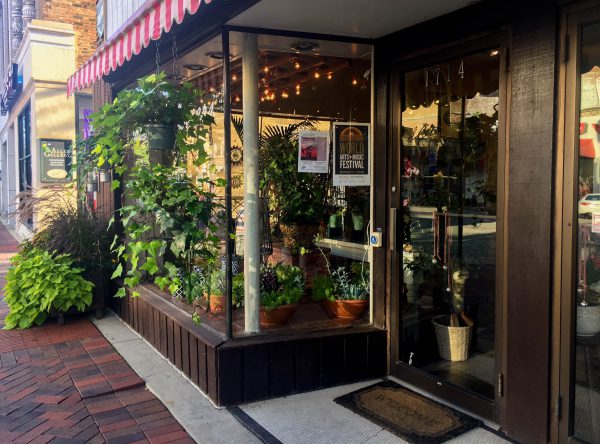 The front window of Saville Flowers on busy Sherman Avenue.