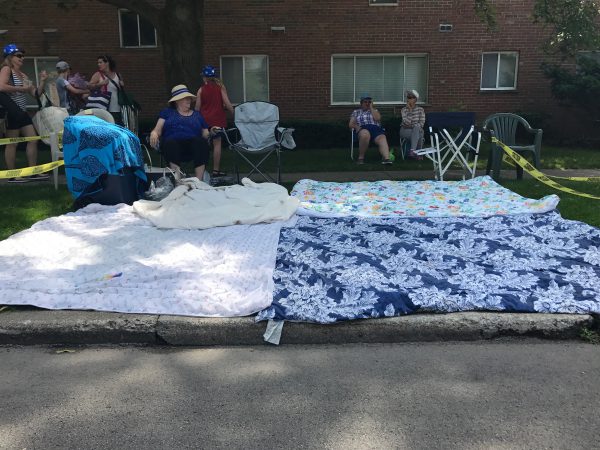 Carolyn Golmon waits for the Fourth of July parade. Golmon, along with others, reserved these spots days in advance. Photo by Danielle Spitz

Throughout the five-week program, the cherubs together write 1,000 articles. Four articles were good enough this year to be published in the Daily Northwestern.

Mona Murhamer, Danielle Spitz and Kaitlyn Tom had their Fourth of July pieces published, and Matt Chilson’s feature article was published on the paper’s website.

Murhamer of Belmont, California, wrote about how Evanston residents expressed political activism at the parade. She was surprised when her piece was published and credits the program for giving her the skills to report and write well enough to be in a university newspaper.

“Cherubs taught me how to go up to random people and interview them,” she said. “If I didn’t have the confidence or motivation to go up to people, it wouldn’t be the story it was.” 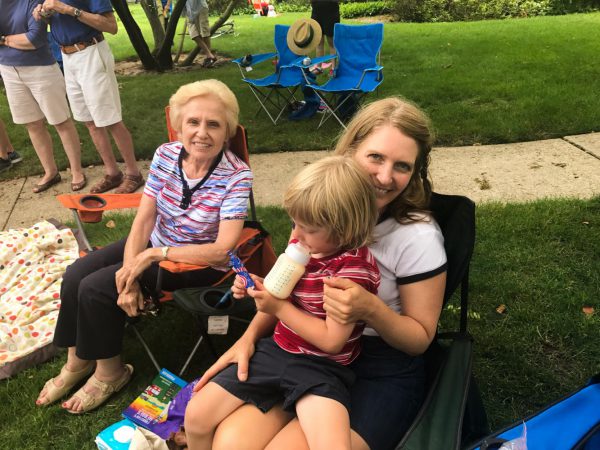 Three generations of mothers and daughters enjoy the Fourth of July parade. Photo by Scarlet Li

“I was excited to show the cherubs the Daily newsroom and give them the experience of editing in a newsroom,” said Stone, a Los Angeles resident who will be the copy chief at the Daily. “It was nice to edit someone’s work who is not usually in it.”

Spitz focused her Fourth of July article on Evanston residents who set up their locations early. She had initially interviewed children who ran in the marathon but felt like the interviews would not be able to create a quality article.

The idea of being published was a surprise to the Sherman Oaks, California, resident. “I was excited,” Spitz said. “I didn’t know it would be published.”

Spitz said that when she told her parents, they forwarded the link to her entire extended family.

Kristina Karisch, a Seattle resident and soon-to-be web editor for the Daily, said editing Spitz’s article was not very difficult.

“It was a fun angle,” she said. “The people she found and the quotes she got were strong. The backstories were great and made it a strong article, which made the editing easy. We just had to toy with the wording a bit.”

Spitz described being published as a reward for the hard work she put into her story.

The third cherub to have her Fourth of July article published was Kaitlyn Tom. The Hillsborough, California, resident wrote about mother and daughter duos at the parade. Her article was edited by Ben Pope, the summer editor-in-chief. 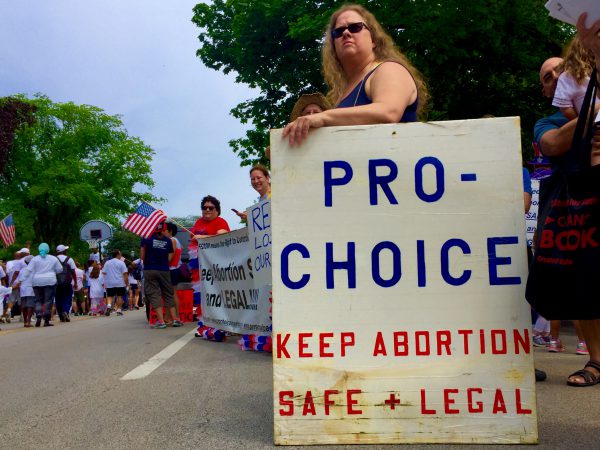 An abortion activist holds her sign alongside the parade. Photo by Mona Murhamer

Tom described the editing and fact-checking as a struggle.

The Daily Northwestern requires every name, fact or proper noun to have two links proving the information is accurate, Karisch said.

Tom said it was “literally impossible” to find facts about the daughters since little information about them is on the internet. She also credits her instructor, Alex Duner, for editing her stories. She said his editing helped her write a publishable story.

Chilson had his feature story published. He wrote about the bird sanctuary that borders the Clark Street Beach. 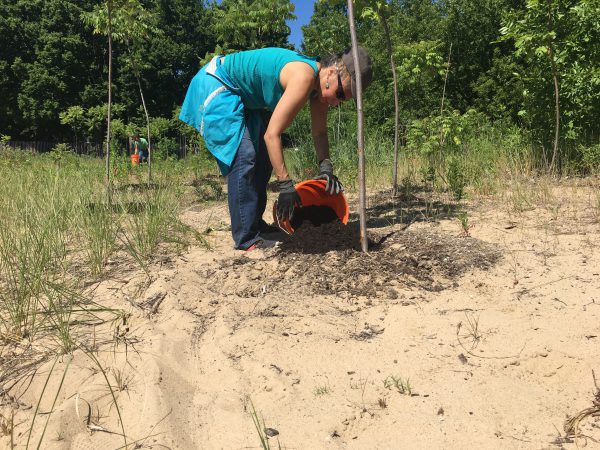 The Mocksville, North Carolina, resident had hoped to write about the dog beach but was denied entrance. He saw people working on the bird sanctuary and interviewed them with his deadline approaching. Chilson was unaware that his piece could be published because he thought only Fourth of July articles would be.

His instructor, Joe Grimm, sent the article to Stone to be edited and it was published. Chilson said he was “pretty pumped” to find his article would be in the Daily Northwestern.

Stone was impressed by his reporting.

“It was something we would see for a normal Daily Northwestern reporter,” she said.

Chilson credits the program for his reporting skills.

“Before cherubs, I wouldn’t have just gone up to a person and asked them what they were doing, so it’s because of cherubs that I did,” he said.