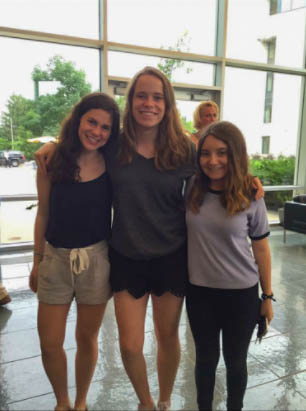 Samantha Handler was so sad leaving the Medill-Northwestern Journalism Institute in 2016 that she decided to apply to Northwestern for college.

“I was standing at the airport crying,” Handler said. “My dad was like, ‘Didn’t that Kupetz guy keep saying there’s no crying in journalism?’ I just kept feeling like I was going to go back. That’s when I decided to apply.”

Handler said her fellow students at Harvard-Westlake in Pacific Palisades, California, are competitive about applying to universities with acceptance rates of less than 10 percent.

But the supportive learning environment at Northwestern gave her a “healthier mindset.” Handler will return to Medill in the fall to study journalism.

“[Cherubs] were talking about schools where they would be happy going to that my friends would never mention and would be embarrassed by,” Handler said.

Cherub alums also found the transition back to high school journalism challenging. Danika Lyle returned to Los Gatos, California, after spending five weeks in a journalism bubble. Lyle, who will attend Stanford University in the fall, spent senior year as editor-in-chief of her high school paper.

“It’s insane,” Lyle said. “You have this entire arsenal of knowledge, and you’re going back to high school journalism.”

While they poured their skills spilled into their school papers, it was difficult to work with people who didn’t share their passion for journalism. 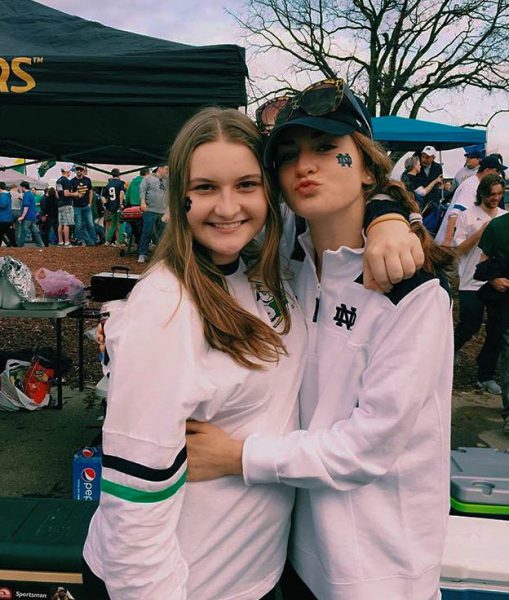 “After cherubs, I came back to my paper and the first thing we did was increase the number of issues we put out and decrease the number of pages we had in each issue,” said Sarah Ryan of Los Angeles, California. “People started reading our paper because we were breaking stories that meant something to our community.”

Ryan, who will attend Notre Dame University in the fall, said that her paper was the first publication to cover the Marlborough School’s policy requiring students who transition gender between grades seven to 10 switch to another school with assistance from the school board.

For Sayali Amin of Westmont, Illinois, the pushback she received for reporting on issues at Hinsdale Central High school drove her to continue. Her paper wrote an article criticizing the National Honor Society, calling the organization a “resumé building operation.”

“One of the biggest things I learned from cherubs was how to deal with situations that don’t go your way,” Amin said. “A couple of the sponsors of the clubs were upset by the article and pulled me and some other head editors aside. They wrote an entire page response, and we had to deal with it.”

Cherubs agreed that the lessons they gained from the program will be crucial in college.

“Being a journalist is about going after a story, going after information and taking initiative,” Lyle said. “After cherubs, I realized I could do any major I wanted to because it’s all about chasing stories.”