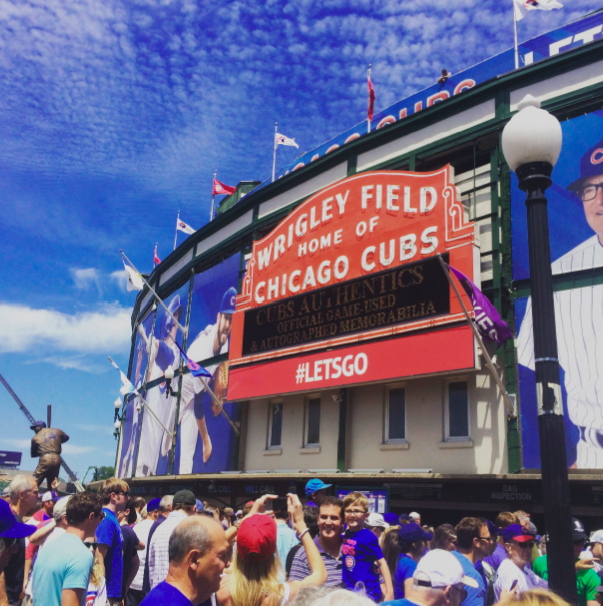 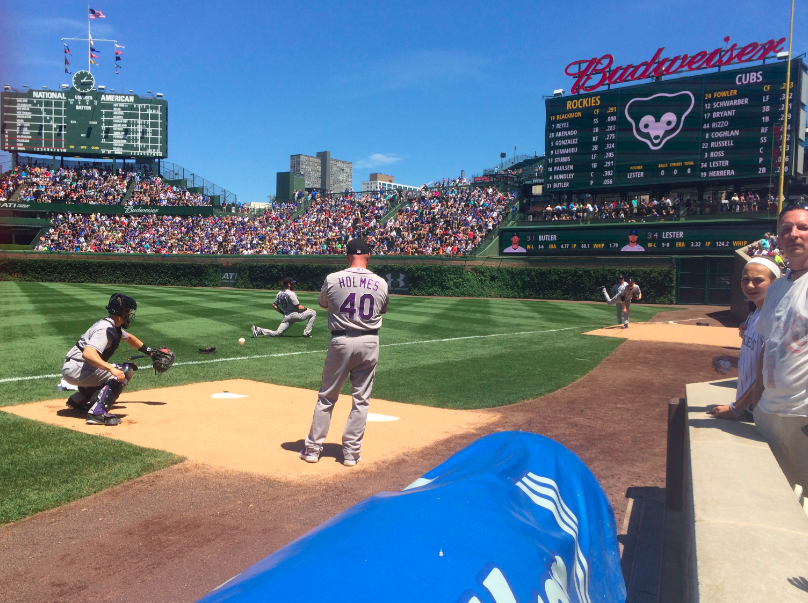 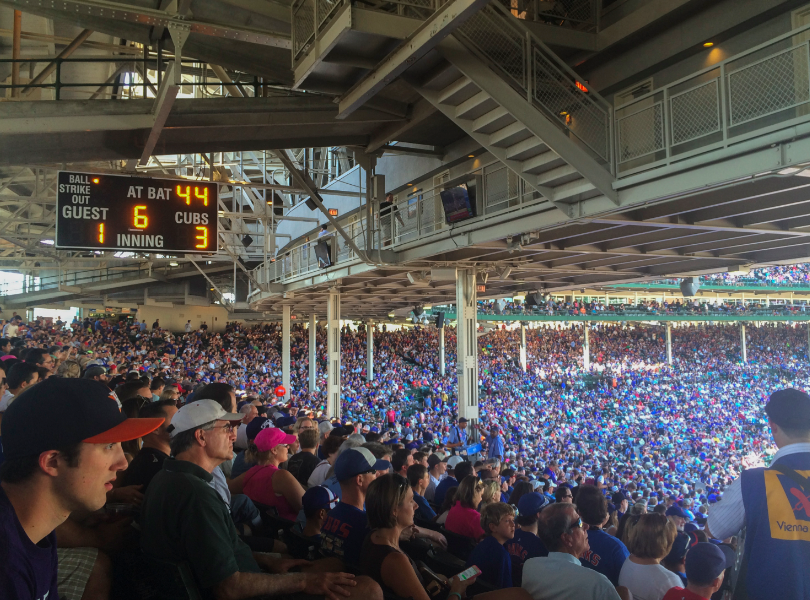 On the corner of Sheffield Avenue and Addison Street in Chicago lies the friendly confines, home to a 162-game, season-long cocktail party. The scent of hot dogs and the hum of music fill the warm summer air. Cubs apparel stands line the streets surrounding Wrigley Field. The century-old baseball cathedral breathes energy and life. It’s gameday.

When I received confirmation that I would be part of the cherubs group going to the game, I immediately thought about two things completely unrelated to my purpose in applying to Medill: meeting Michael Wilbon and seeing a game at Wrigley. Wilbon came to visit a couple weeks in, so with three days left in the program, all I could think about was donning as much Cardinals gear as possible and strutting through hordes of diehard Chicagoans.

See, I’m from St. Louis, where Cardinal baseball is religion, and the Cubs might as well be a filler team at the bottom of the division, a punching bag for the Gateway City’s heroes. Yes, the Cubs seem to have come upon some good young talent this season, but as 38,874 stadium goers filed into the historic seats of Wrigley on July 29, Rockies fans weren’t the only ones hoping for a cubs “L.”

Thirty-seven cherubs made their way up to our allotted seats, but an inconvenient pole blocking the pitcher’s mound prompted fellow cherub and Phillies fanatic Jesse Shuter and me to look for something better. We made our way down from aisle 228 and surveyed the 100s for an opening. One attendant turned to lead a group of men to their seats, so we followed them, sneaking past the elderly attendant and taking a pair of seats five rows up from the blue tarp on the first-base side.

We watched as Jose Reyes slapped the first hit of his Rockies career and got caught stealing a few pitches later. The half inning came to a close, the attendant checked for tickets and we returned to our original seats. On the way back, Dexter Fowler proceeded to knock one out of the park. Wrigley erupted.

A restless next inning led to my inaugural Wrigley food run. Tucked around the corner from the front gate was “Decade Dog” and its mouthwatering footlong Chicago Vienna beef hot dogs. We returned to our seats, and promptly watched Rizzo hit a dinger off the right field foul pole. The place went crazy.

Innings passed, and the group of almost 40 began to lose interest. Phones came out as Jon Lester continued to put up zeros. In the 7th, much to my delight, Carlos Gonzalez belted a home run to deep center. A fan immediately chucked the ball back onto the field: not an uncommon sight.

The bottom of the 7th brought another food trip, and a walk around the historic stadium. Despite my allegiances with any opponent of Chicago’s beloved Cubbies, and even though the home team scraped out a 3-2 win, the sights and sounds of America’s pastime charmed me like no other stadium has. Busch Stadium will always be my stomping ground, but the Wrigley experience will never be forgotten.