When I met John Kupetz, I knew I was in for it.

John holds three green pens in his shirt pocket and has a laugh that makes you so uncomfortable that you have to laugh along with him to ease the awkwardness. This man, whose dark, maniacal sense of humor pokes at the corruption of the world, was my instructor for the summer. And this was only my first impression of him.

On the first story I turned in, John drew more circles around grammatical errors than I could count, destroyed every remnant of an adverb and showed prepositional phrases no mercy. There were full paragraphs crossed out. The comments he made were illegible more often than not, and he dumped a full essay of them on the back page. To top it off, John also wrote in green, my least favorite color.

Just as I was about to throw in the reporter’s notebook and tape recorder, John said, “I write with green pens because green is the color of hope. I have none for myself, but I have hope for you.” 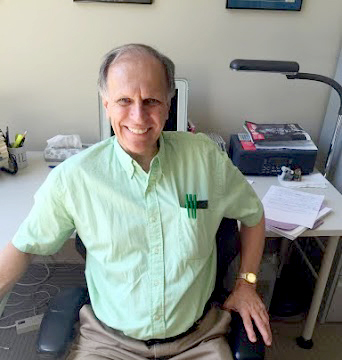 Through the three green pens John carries in his shirt pocket, I have learned to hope.

My first story certainly wasn’t the last one that was flushed with green ink. But little by little, with each assignment and through more interactions with John, I felt less defeated by the green. The green was no longer a signal of my failure. It was a measure of my progress.

From then on, getting back papers was weirdly exciting. Even when there was more green ink on my paper than there were words in my actual story, I hoped.

In my life, both journalistic and personal, there will be many scribbles and stains of green pen, and that’s not within my control. But John has taught me that I have control of the way in which I see the green.

I wasn’t wrong when I knew I was in for it the day I met John. But I never would have known that green would become my favorite color.