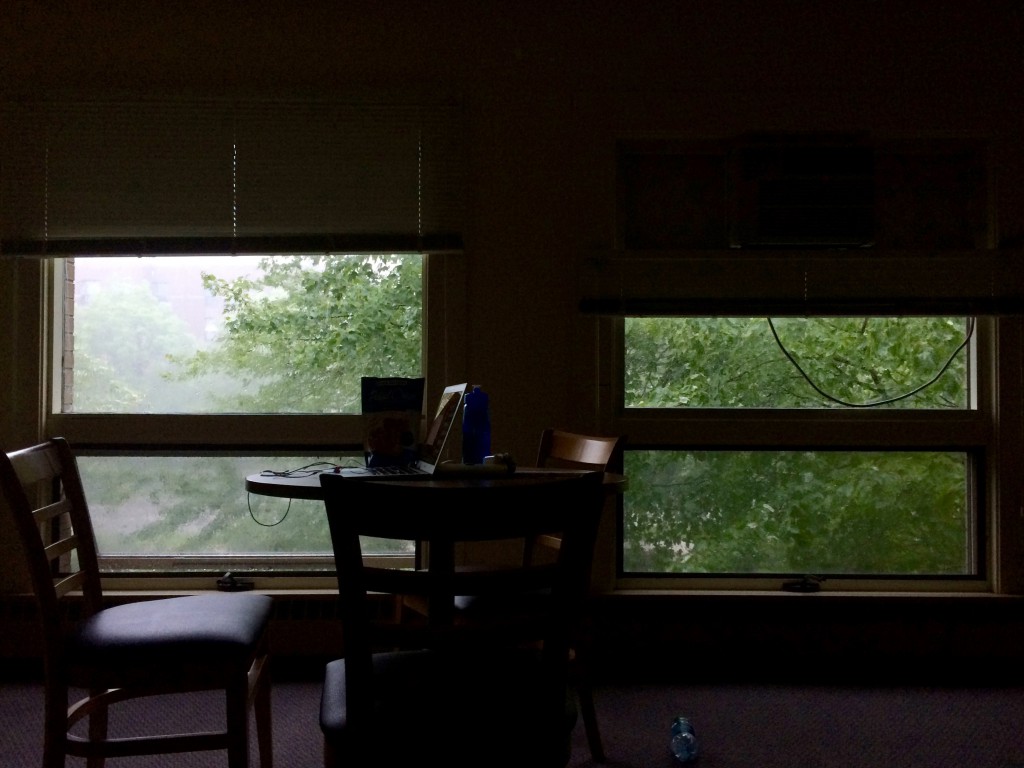 As the storm picked up, we couldn’t help but run out into the madness.

The sky thundered right above our heads as squeals escaped from our mouths and rain dripped down our shivering bodies. A lightning bolt followed the crackling of the sky and struck the lake.

Only moments before, we were curled up in a common room, transcribing our trend story interviews with less than 24 hours before the first draft was due. The sky darkened and the wind started to pick up. Peering out the window at the gloomy sky, we wished for excitement. We wished for drama. We wished for — a thunderstorm.

Our fellow cherubs told us we were crazy to race outside while the rest of the city was taking cover. Despite the tornado warning, we didn’t listen. We love thunderstorms, and there was nothing they could say to keep us indoors. We were together, three small bodies against the great outdoors, and it was incredible.

Within seconds of being outside, we were drenched. We danced around while belting out “I’m Singing in the Rain” and eventually ended up on the balcony of the visitor center, facing the lake. We huddled together to keep warm and tilted our heads upward, trying to keep our eyes open to watch the rain coming down without being blinded by the droplets.

We headed for the painted rocks on the Lakefill to be closer to Lake Michigan. As we stood on the rocks and looked at the Chicago skyline, each of us was stuck in a trance. Nobody spoke. We were engulfed in our own thoughts.

The droplets pierced the lake and the wind created streaks of rain that made us dizzy. Dozens of birds frantically circled a tree on the hill behind us. The world felt out of control. We had never seen anything like it, and this shock brought us closer to each other.

Because we had left our phones and watches in the dorm, we had no idea what time it was. When we got back, it was 5:30 p.m., 90 minutes since we had left.

Leaving behind our technology was a blessing in disguise. We had to capture the beautiful scene in front of us with our minds instead of on a small iPhone screen.

After returning to the dorm, we took hot showers, changed into cozy clothes and ordered pizza from Domino’s. It was time to face the daunting trend story, but not even the long night ahead of us discouraged our optimism.

These five weeks have been full of unforgettable memories, but our 90 minutes in the storm definitely stole the summer’s thunder.