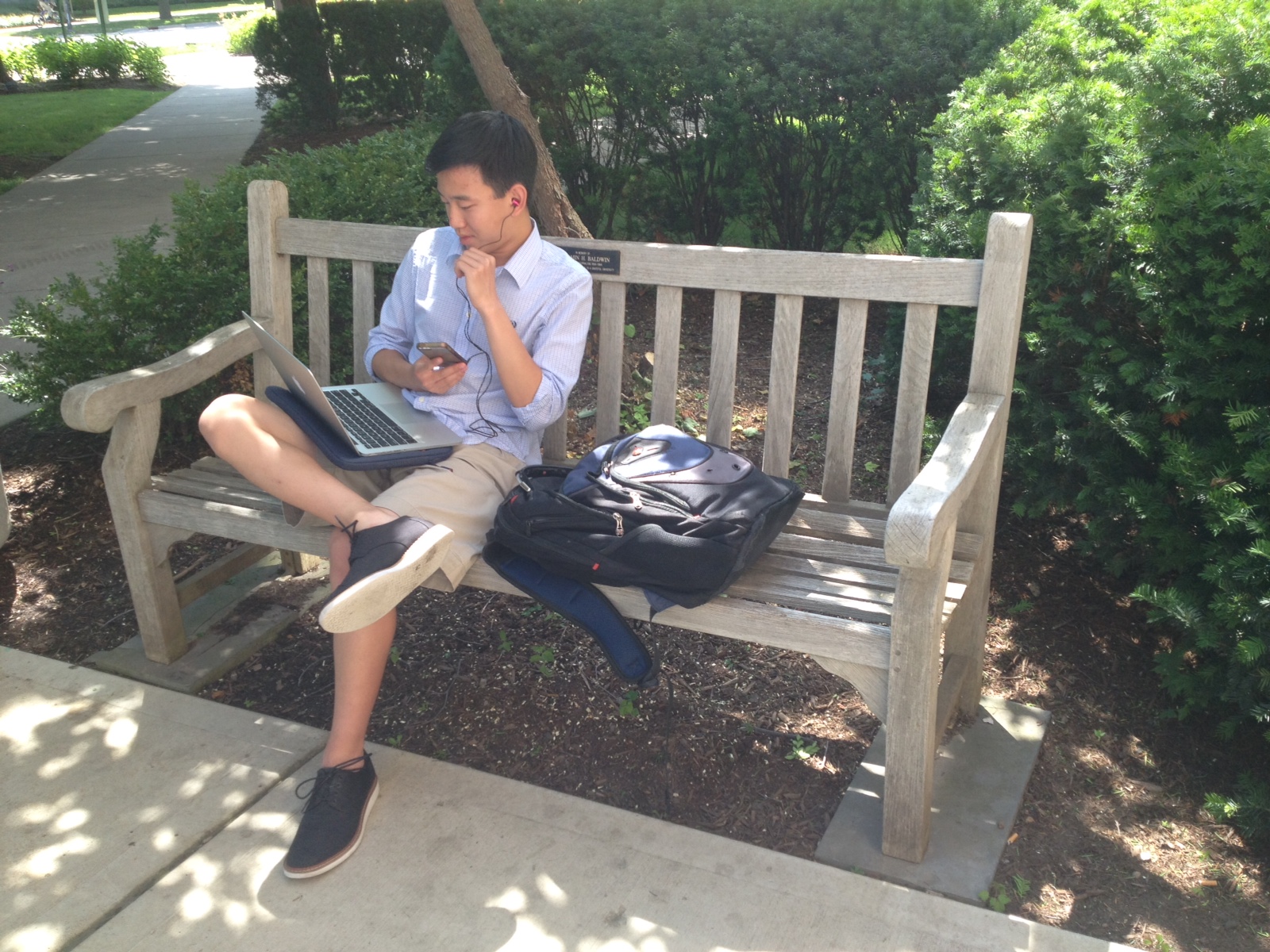 Danny Jin does an interview over the phone. Photo by Joe Grimm.

For introverts, reporting can be quite daunting.

Personally, I hadn’t done many interviews before the Medill cherubs program. For my current events magazine, I had done most of my research through the Internet, and for my tech magazine, I just reviewed games and products based on my own opinions. So when we were assigned a story in which we would have to interview people on the streets of Evanston about their stance on vaccines, I was more than a bit nervous.

The idea of approaching strangers and asking them questions was not only unfamiliar to me, it was completely unnatural, the polar opposite of my idea of comfort. It just wasn’t the type of thing I would have considered doing without someone telling me to do it. On the other side of things, I can’t imagine that it’s very fun to talk to a bunch of lanyard-wearing high school students with notebooks. I’m from New York, where people don’t even bother to look at each other when they walk down the street. I didn’t think Evanston residents going about their daily business would be interested in stopping to talk to me.

Sure enough, I was rejected by the first few people I approached. One man simply stuck his hand out and waved me off before I even opened my mouth. When I finally got to talk to someone, he didn’t give me his age or contact information, two items required by our instructors. The best interviews I got were Northwestern students and faculty, who probably just felt obligated to answer my questions.

As I wandered through downtown Evanston that day, I had to do all I could to stay hopeful. Eventually, I stumbled into a couple from Philadelphia. They were both doctors, so they had plenty to say about vaccines. After a great interview, I walked away beaming. I realized that there are tons of people out there who have great things to say, and it’s up to us, journalists, to find them. It can be hard at times, and you will run into rejection along the way, but it’s definitely worth it.

Not talking to people is the worst thing you can possibly do. There’s nothing special about reporting; it’s just talking to lots of people and listening to the interesting things they have to say. Before the program, I probably wouldn’t have talked to most of the people I talked to. I’m so glad I did, though, because I had so many great reporting experiences.

Fear of rejection is not something you can have as a journalist. You would just miss out on so many stories. Rejection is inevitable both in journalism and in life, and you just need to accept that. I’m still more reserved than most people, and journalism definitely hasn’t made me an extrovert. But by the end of the program, I had no problem talking to a drug dealer and a guy claiming the NSA was luring him into car accidents, which made for two very memorable interviews.

Reporting really is the foundation of good journalism. Director Roger Boye said on the first day, “You can’t write a good story if you have nothing to write about.” For the trend story, I ended up interviewing 20 people. I got rejected by a dozen businesses for the economy feature before I found a guitar repair shop with a great story behind it.

You don’t need to be an extrovert to be a great reporter, but you have to be willing to jump into an interview with someone you barely know or don’t know at all. It’s something I’ve learned to do, and it’s something I’ve grown to love.