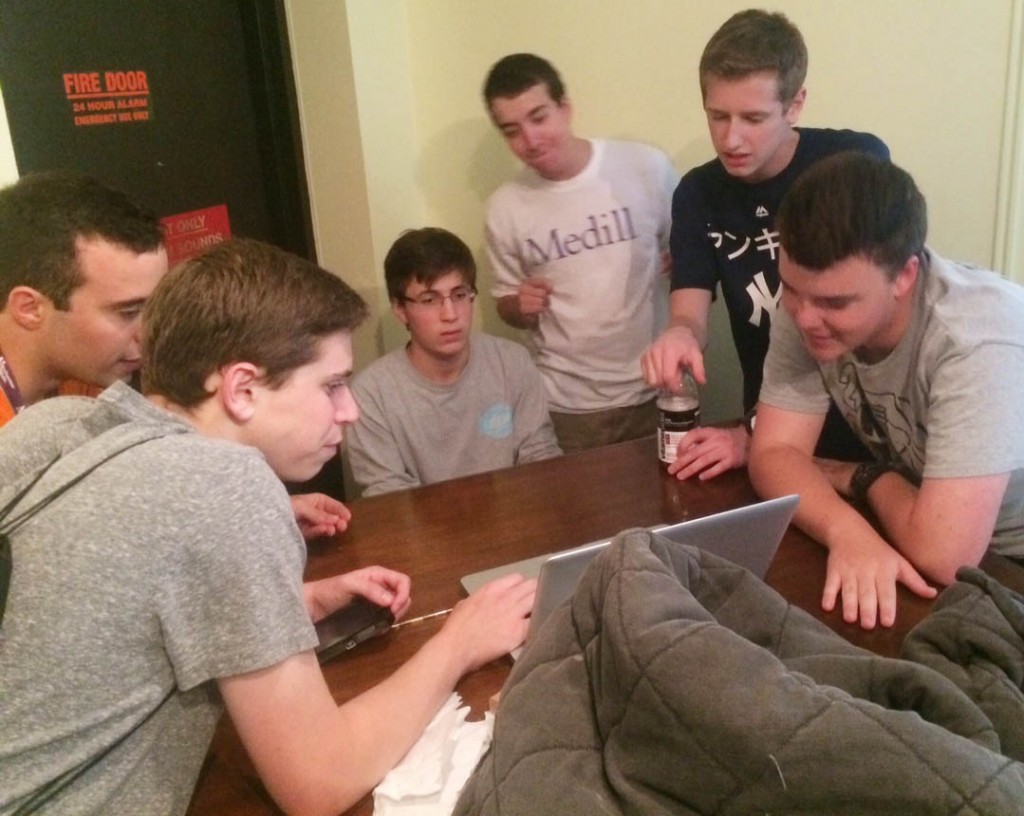 Afterward Matt McHugh, Cutler Klein, Dan Fishbein and Garrett Jochnau wanted to form their own quartet. They gathered around the piano in East Fairchild and played modern pop hits such as “Apologize” by OneRepublic and “Forget You” by CeeLo Green. They are not the best singers, but they still tried to produce some magical songs. Two members of the quartet, Klein and McHugh, describe their experiences and what inspired them to play in the quartet.