Maya Eliahou strolled down Sherman Avenue in Evanston, studying the shops for a scene for her descriptive writing assignment.

She wandered until she glimpsed blue and red balloons down an alley. Although hesitant, Eliahou walked down the shadowy alley, made a sharp right, and read a sign announcing the opening of the new bookstore Bookends & Beginnings.

There, Eliahou said, she found the perfect subject for her descriptive writing assignment: an elderly man sniffing the books on the shelf. After this encounter, Eliahou returned to the store for interviews on other assignments.

“It’s a really cute bookstore, and they have a really responsive staff,” Eliahou said. “I also had a great interview there about minimum wage with the bookstore’s owner. She is a Northwestern graduate, so that was neat.” 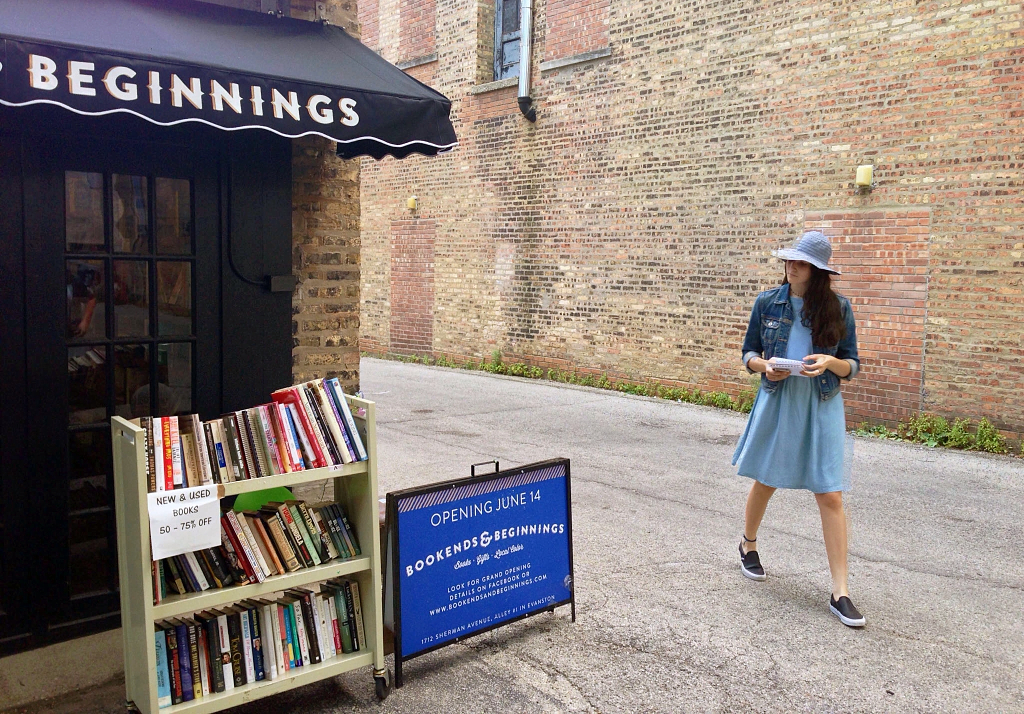 Eliahou and other cherubs offer recommendations for places where Evanston residents are willing to chat.

The CTA train station is another great place for interview subjects, Eliahou said.

“They have a great array of people there that bring a lot of diversity into Evanston,” she said. “I had great talks with people who had more experience with minimum wage because they were commuters. It takes you out of the Northwestern bubble.”

Although Eliahou had a positive experience at the CTA station, cherub Sabrina Tong said she was rejected 21 times at the same location.

“I was writing a feature story on how bikes impacted Evanston’s economy, and I was interviewing at this station because I figured people would be exiting the CTA and getting on their bikes,” Tong said. “However, people wanted to go home or get on the train. By the end of the day I got only four interviews.”

Despite rejection at the CTA station, Tong said she found interviews at Burger King for an on-the-street assignment.

“When eating, people don’t have much to do and want to talk to people,” Tong said.

Eateries tend to draw in people willing to talk with curious cherubs, said Eliahou, who interviewed both an employee and a customer at Unicorn Cafe.

“People are sitting down, and a lot of them really want to support the community and small businesses,” Eliahou said. “I got a great interview at the Unicorn Cafe, and people were really into talking.”

Kelsey Allen-Niesen agreed the Unicorn Cafe is a great place to interview.

“I went to Unicorn Cafe because there’s a really great ambiance,” Allen-Niesen said. “There’s always really interesting people there. It’s quiet, so you can look around without being distracted, but you can also multi-task. You can write your story, observe and eat really good food.”

Sam Rosin said Barnes & Noble can lead cherubs to great quotes — if they are not caught by the manager or staff.

Rosin said he was lucky to come across a college professor while interviewing people for his economy feature.

“It just proved you can find smart people in Barnes & Noble, especially if you go to higher levels of reading,” he said. “If you go to quieter areas with classic books, you’re going to run into people who will give you full, intelligent responses.” 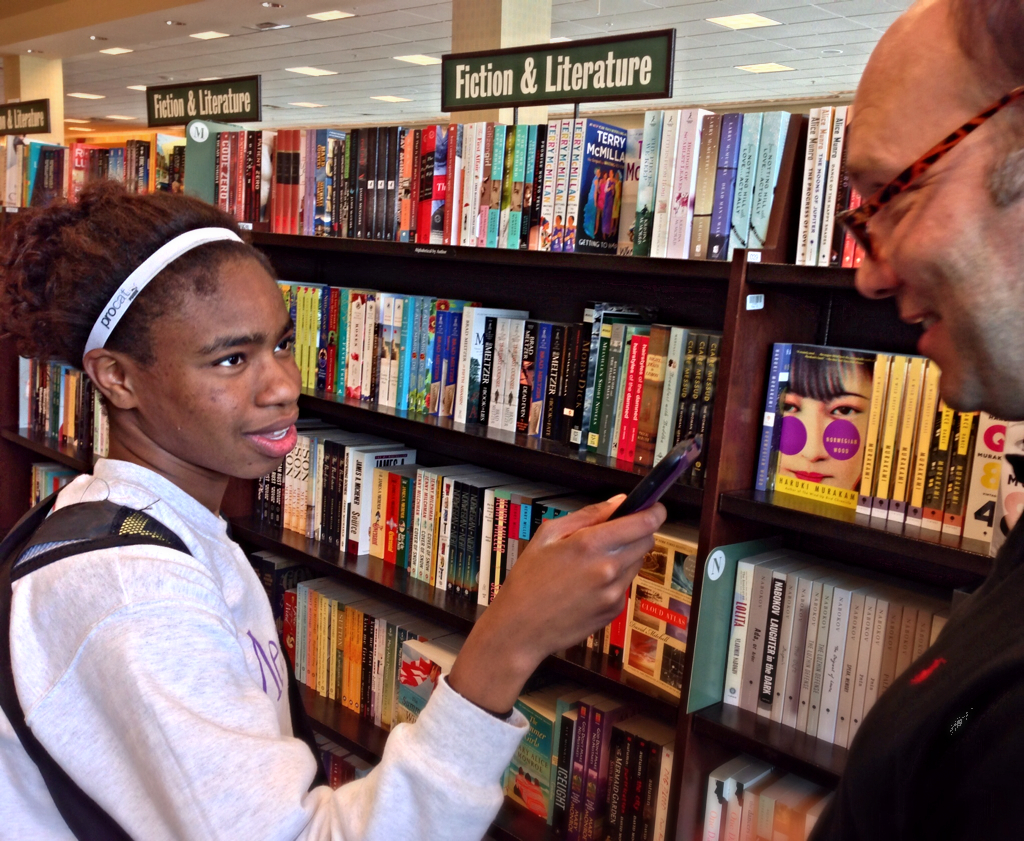 Cherub Zoe Davis interviews a customer in Barnes & Noble while avoiding the attention of staff. Photo by Charlie Trepany.

“People who go to Whole Foods and are shopping in the organic section are educated, interesting people with lots of opinions, which makes for great quotes,” Dolan said. “One time, my article was about organic food. I found this health trainer who runs her own fitness site. Even though she had four kids, she said she makes the sacrifice to shop at Whole Foods. That shows the type of consumers that go there are educated, interesting and will give really good quotes.”

Zoe Davis said both employees and customers always are willing to talk at Whole Foods.

“For my feature story, I found my anecdote in Whole Foods, and I did a nice little anecdote dance,” Davis said. “Some people are really nice and passionate in Whole Foods. All you can do is ask, and the worst they can say is ‘No, go away. I hate you.’ You say, ‘Thank you. Have a nice day,’ and hopefully you guilt-trip them into saying something useful. If not, you walk on and find the next person.”