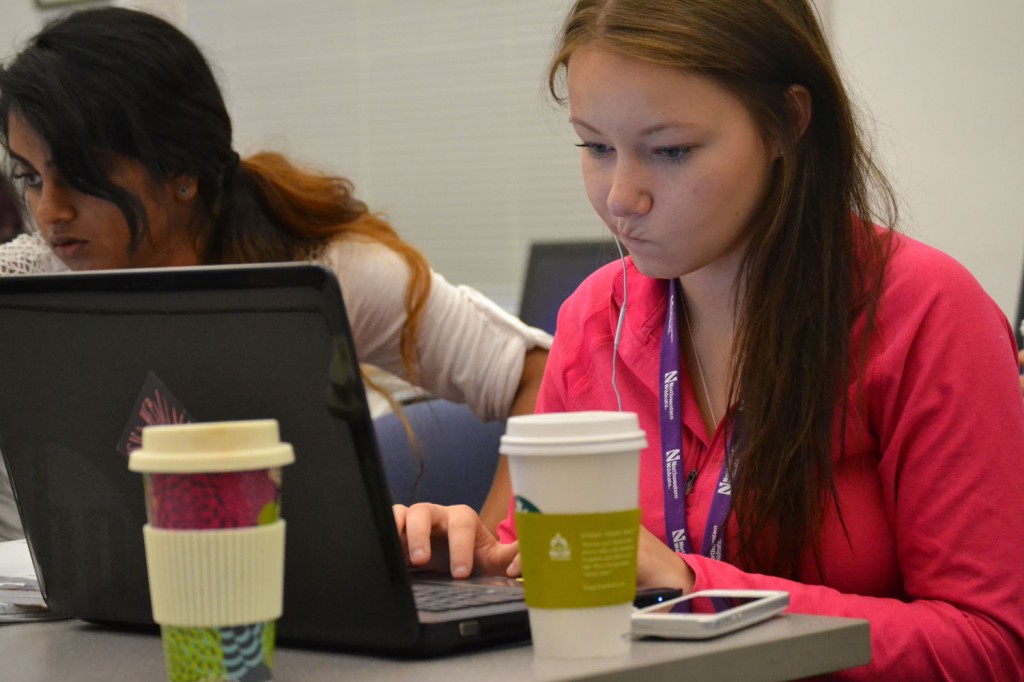 After multiple attempts at contacting the Florida Panthers hockey team, Cutler Klein learned that the Panthers’ phones had not been working because of a lightning strike.

Klein called the Florida Panthers for his trend story, which focused on the NHL’s expansion into non-traditional markets. The first time he called the Panthers’ main line, no one answered. Klein called the team again and listened to a message that said the phone number was disconnected or didn’t exist. He eventually reached a PR representative of the Panthers, who told him that lightning had taken out the phones.

“You had to be persistent,” Klein said. “You had to know that something wasn’t right.”

Klein learned to be persistent during his trend story, one of the many lessons cherubs learned at the Medill-Northwestern Journalism Institute. These lessons came from practicing essential journalism skills like writing and reporting. Through their assignments, cherubs learned to work hard and keep an open mind.

Stephanie Namkoong said she learned to appreciate timeliness more as a cherub. During the first week, Namkoong was surprised about how little time she had to complete a descriptive writing story, an assignment in which cherubs described a person and their actions. She felt pressure to meet the story’s deadline, but she said it was fulfilling to learn to work like a journalist.

“As soon as I got it done, I felt so much better that I did my best in such a short amount of time, instead of procrastinating and giving a half effort,” Namkoong said.

Cherubs also learned lessons from interviews. Ashley Yong said she learned not to be afraid to walk up to people and ask them questions.

“The worst thing that can happen is they say no,” Yong said.

During the economy story, an assignment in which cherubs asked pedestrians about the minimum wage, Yong was afraid to talk to a woman who appeared busy while walking down the street. Nonetheless, she approached the person and interviewed her. The woman turned out to be deputy U.S. opinion editor for The Guardian.

Cherubs learned to be brave in their search for interviews, but flexible when problems arose in their assignments.

Annie Cebulski had to be open-minded while working on her trend story. Originally, her story was about how young people are using anti-aging cream for prevention, not treatment. The statistics Cebulski needed from beauty companies were classified marketing information, which cost money to acquire. She decided to change her story, and wrote about the trend of schools starting later in the day to better fit the teen sleep schedule. Cebulski knew she couldn’t continue with the anti-aging cream story, so she took a chance and changed her focus in the middle of the assignment. She said it was easier for her to write about late-starting schools.

“I learned that in journalism,” Cebulski said, “it’s best to follow your instinct.”